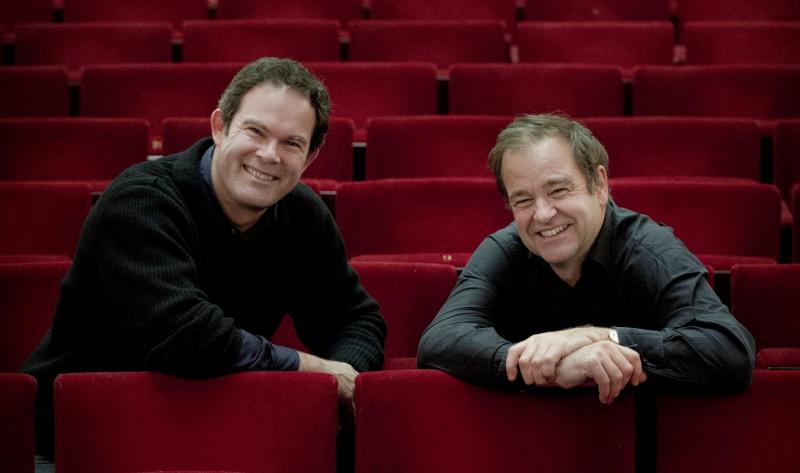 Gerald Finley and pianist Julius Drake – a long time collaborator and close friend of Gerald- have been described as “the perfect duo” in light of their recent recital at Middle Temple Hall.

Awarding the duo 5-stars in his Arts Desk review, David Nice writes “the distant look in Finley’s eyes, the sustained supernatural clarity in Drake’s playing, suggested a painfully remembered happiness… The stage mastery we know from Finley’s operatic performances made a unity out of Schubert’s infinite variety without crushing it… Drake was theatrical in the best sense, too, stressing the heart’s pounding in the repeated bass notes of “Aufenthalt” (Resting Place), plunging after the interval into the anguish of “Atlas”, supporting the bleakness of three of the Heine settings, moving with Finley to a truly shattering operatic climax in “Der Doppelgänger” (The Wraith), stretching pauses and silences with an intensity derived from the careful placing of the notes around them.”