Schumann: Dichterliebe and other Heine Settings 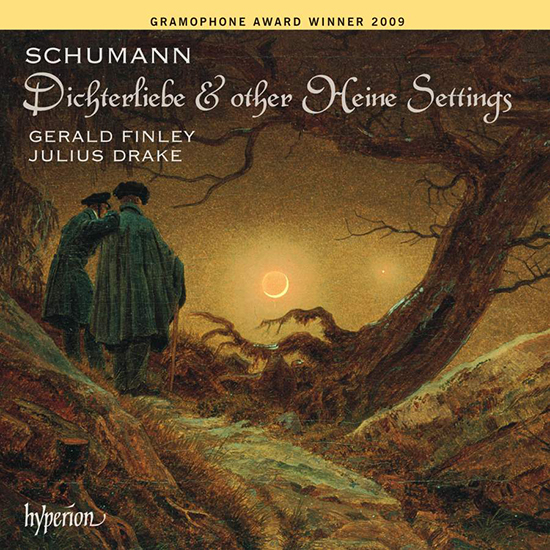 Why another Dichterliebe recording? Because Gerald Finley has simply one of the greatest voices of his generation, and is an artist at the peak of his powers. He brings to this noble song cycle the supreme technical ability and penetrating musical understanding that characterize all his performances, whether on the concert platform, in the recording studio or on the great opera stages of the world. This is his fourth disc with collaborator Julius Drake, and the partnership has proved to be a uniquely rewarding one.

This fine recital also includes many of Schumann’s other Heine settings. The extremes of elation and despair in Heine’s poetry stimulated Schumann to write some of his most poignant and unforgettable songs. This is truly a disc to treasure.