Sibelius: In the Stream of Life 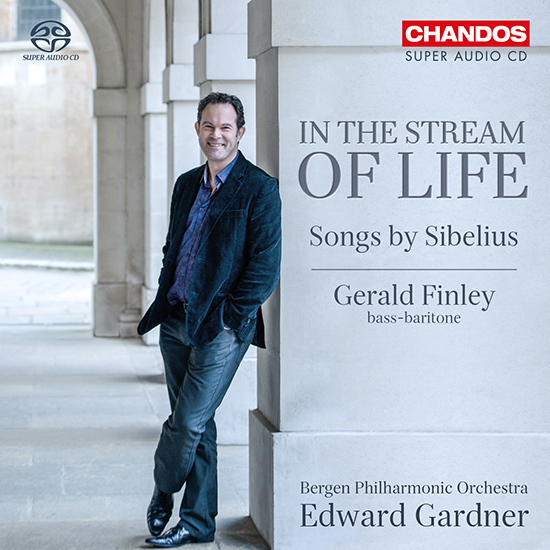 The exceptional collaboration and friendship between the late Einojuhani Rautavaara and the internationally acclaimed bass-baritone Gerald Finley culminates in this unique album of orchestral songs by Sibelius, on which the Bergen Philharmonic Orchestra is conducted by Edward Gardner.

The album offers orchestrations, by Sibelius and others, of songs which Sibelius originally wrote for voice and piano, and includes the premiere recording of In the Stream of Life, seven songs orchestrated by Rautavaara for his friend. Throughout, the poetry perfectly reflects the instinctively felt relation between Finnish nature and Sibelius’s music.

As Finley reveals: ‘the recording of [In the Stream of Life] became a very personal project when the sessions took place only a few weeks after [Rautavaara’s] death, in the same week as his funeral… and I am so thankful that a final addition was made possible when in the last months of his life [Rautavaara] agreed to orchestrate “Hjärtats morgon” and include it in the group.’

with The Bergen Philharmonic Orchestra

Sibelius: In the Stream of Life (Arr. E. Rautavaara)

No. 2. På verandan vid havet (On a balcony by the sea)

Buy Sibelius: In the Stream of Life Now!
X