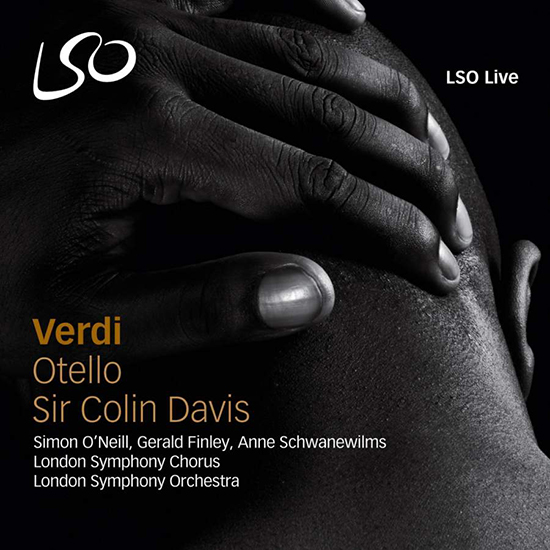 Sir Colin Davis’s eagerly anticipated recording of Verdi’s Otello is released on the 10th anniversary of the LSO Live label. Opera has always formed an important part of the label’s output – recording concert performances of opera allows listeners to enjoy the drama of a live performance without the problems associated with recording in a theatre.

Among Sir Colin’s greatest triumphs on LSO Live have been his award-winning recordings of Berlioz’operas plus Peter Grimes, Fidelio and Verdi’s final opera, Falstaff. Falstaff was released in 2004 and collected the Grammy Award for Best Opera.

Sir Colin is joined, in the title role of Otello, by one of the world’s most exciting young tenors. New Zealander Simon O’Neill stepped in at short notice to these concerts, making his debut in the role (although he had studied it with Domingo), delivering what can only be described as an astonishing performance. The villainous Iago is played by Gerald Finley and Otello’s wife, Desdemona, by Anne Schwanewilms.

Verdi had retired from opera following the premiere of Aida in 1871 but was eventually persuaded by his publisher to work with the librettist Arrigo Boito. As with Falstaff, Verdi’s final opera on which they would subsequently collaborate, they turned to Shakespeare for inspiration. Otello, which was premiered in 1887, marked a significant evolutionary development in Italian opera and is widely regarded as one of the great operatic masterpieces.