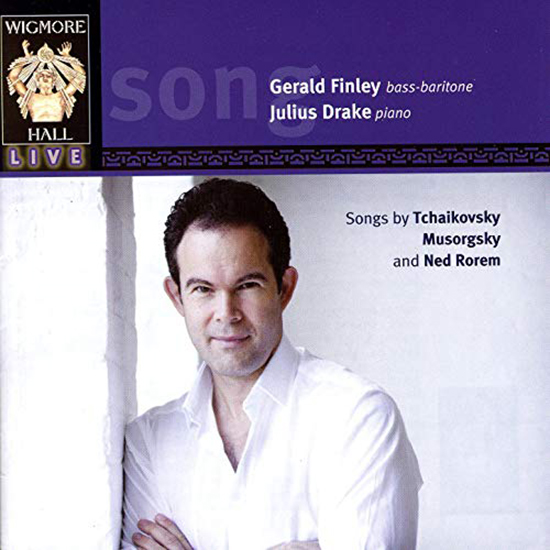 Gerald Finley writes: “It is with great sense of pride that this disc becomes the 25th release of the Wigmore Live series, in a musical partnership I have enjoyed for many years with Julius Drake. Performing at the Wigmore is always a highlight of any career. The others in the series are distinguished performers I have admired for years and the performances are wonderful. The audiences at the Wigmore are always welcoming and knowledgeable, and this atmosphere is captured perfectly. Already a fine catalogue, I hope the Wigmore Live series continues its honour roll”

Critically praised for his performances both on stage and in concert, this recital of American and Russian song by Gerald Finley offers listeners the rare opportunity to hear one of today’s most in-demand baritones within the beautiful, intimate setting of the Wigmore Hall.

After a recital at Carnegie Hall in March, 2007, Finley was praised by New York Times critic Bernard Holland as having a “bass-baritone of easy luxury” and that his “sensibilities begin with the pre-eminence of words.”

His recording of Stanford’s Songs of the Sea and Songs of the Fleet with Richard Hickox and the BBC NOW for Chandos received the Editor’s Choice Award at the 2006 Classic FM Gramophone Awards.

Tchaikovsky: To bilo ranneyu vesnoy (It happened in the early spring), Op. 38 No. 2

Tchaikovsky: By Day Or By Night

Tchaikovsky: The Mild Stars Shone For Us

Tchaikovsky: Only one who knows longing

Tchaikovsky: As over burning Embers

The Real War Will Never Get In The Books

Rautavaara: Shall I compare thee