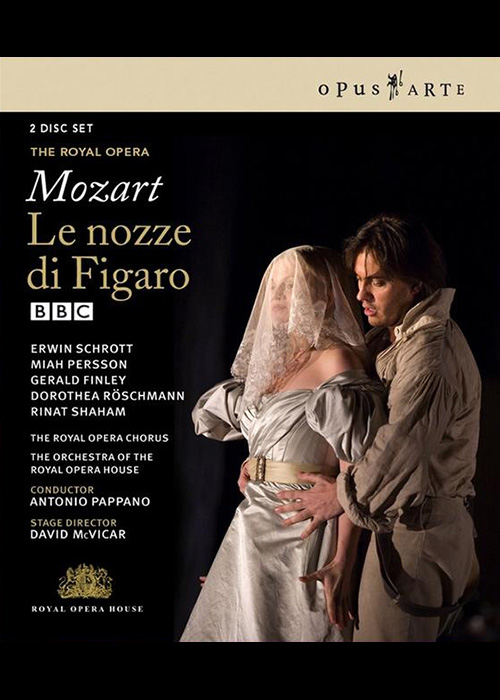 David McVicar’s spellbinding production of Le nozze di Figaro is set in 1830s post-revolution France, where the inexorable unravelling of an old order has produced acute feelings of loss. In the relationship between Finley’s suave, dashingly self-absorbed Count and Röschmann’s passionately dignified Countess, which lies at the tragic heart of the opera, the sexy ease between a feisty Figaro (Erwin Schrott) and a sassy Susanna (Miah Persson) is starkly absent, the tenacious spark between Marcellina (Graciela Araya) and Bartolo (Jonathan Veira) suggesting what might be rekindled. The production is superbly complemented by the beauty of Paule Constable’s lighting and Tanya McCallin’s evocative sets. Antonio Pappano conducts (and accompanies the recitatives) with invigorating wit and emotional depth.

‘This sexy, raunchy, romp of an opera is a triumph. Director David McVicar has searched for the essence of the composer and found it; fun filled, sensitive, romantic and serious by turns, all reflected in this production.This is a ‘Must See’ opera! …You’ll regret it if you don’t!’ Musical Opinion