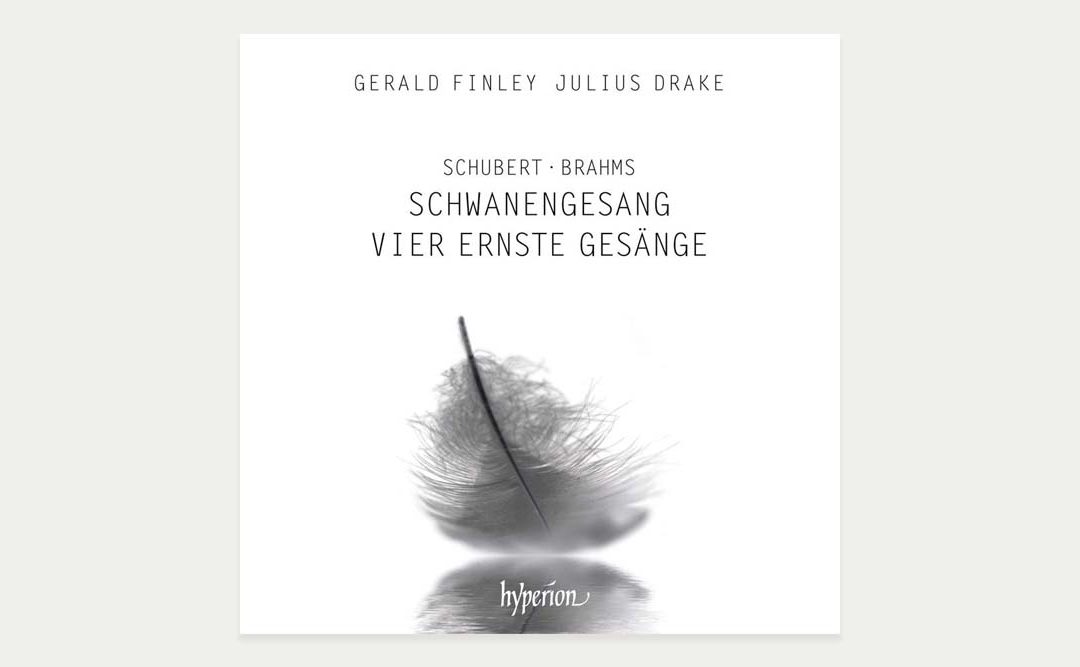 “Gerald Finley is never an artist, one feels, to let himself be rushed, allowing his interpretations to mellow and mature in their own good time. It’s been five years since his superbly eloquent and refined Winterreise with Julius Drake (4/14) and his new recording of Schwanengesang – similarly eloquent and refined – is well worth the wait. Throw in the weighty coupling of Brahms’s own Lieder swansong and the result is a richly satisfying, moving album.

“‘Kriegers Ahnung’ – its tempos pushed to extremes – turns into a powerful, moving monodrama. ‘In der Ferne’ achieves terrific grandeur and pathos, and the bass-baritone finds further reserves of voice and drama for the remarkable Heine settings: ‘Der Atlas’, bolstered by fiercely etched playing from Drake, is chillingly vivid, as is an expertly built-up ‘Der Doppelgänger’.

“The Vier ernste Lieder are possibly even better: noble, refined, heartfelt, supremely moving and often beautiful in the extreme, …but total sincerity backed up by superb vocalism, matched at every turn by Drake. The pair capture the set’s shifts from stoicism and sternness to tenderness beautifully (their ‘O Tod, wie bitter bist du’ meltingly done), in a deeply affecting performance. Highly recommended.”