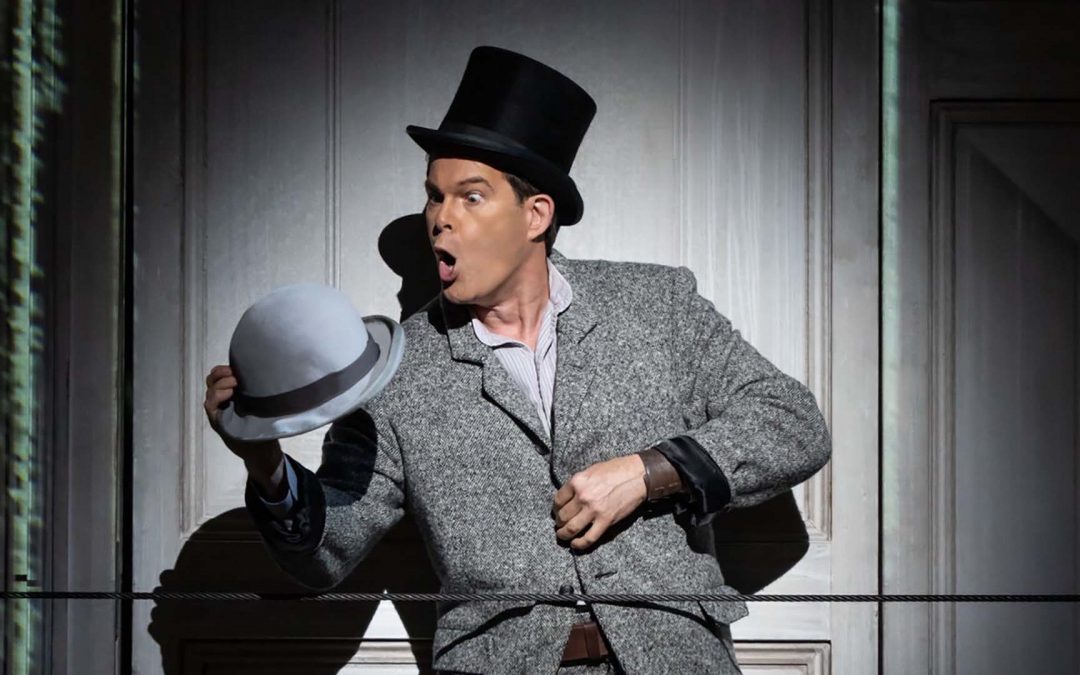 Gerald Finley makes his role debut as Leporello in Kasper Holten’s inventive and visually stunning production of Don Giovanni at Royal Opera House. The Times’ Richard Morrison writes, “stunningly acted and sung by Gerald Finley. Dressed rather like a clapped-out vaudeville comic, he does wring more laughs than usual from the part — at first. Then in Act II, as he realises how much his master’s actions will also affect him, his face and body crumple.”

The production runs from 5 – 18 July, and will be livestreamed on 16 July. Conducted by Constantin Trinks, making his UKdebut,the cast also features Erwin Schrott as Don Giovanni, Adela Zaharia as Donna Anna, Frédéric Antoun as Don Ottavio, Nicole Chevalier as Donna Elvira, and Adam Palka as The Commendatore.