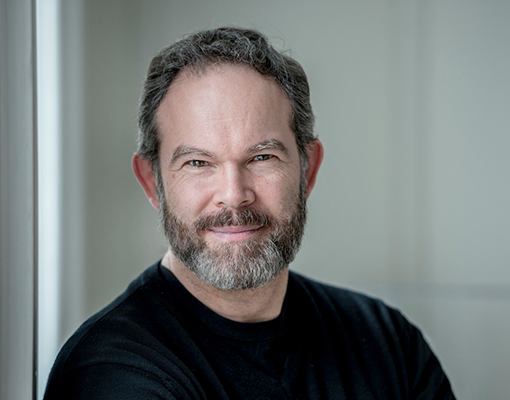 Acclaimed Canadian bass-baritone Gerald Finley is a Grammy Award-winning singer and dramatic interpreter of our time, with celebrated performances at the world’s major opera and concert venues and recordings on CD and DVD with major labels in a wide variety of repertoire. Mr Finley’s extensive career is devoted to the complete spectrum of vocal art, encompassing operatic, orchestral and song repertoire, collaborating with the greatest composers, orchestras and conductors.

His career initially focussed on the music of Mozart; his Don Giovanni and Count in Le nozze di Figaro have been heard live and broadcast throughout the world. His expanding repertoire soon encompassed what are now signature roles including Bluebeard, Guillaume Tell, J. Robert Oppenheimer in John Adam’s Dr. Atomic, and Jaufré Rudel in Saariaho’s L’amour de loin. He created Harry Heegan in Mark Anthony Turnage’s The Silver Tassie.

In recent years, critical successes have been in the Wagner and Verdi repertoire: as Hans Sachs at the Glyndebourne Festival and l’Opéra de Paris, Amfortas in Parsifal at Royal Opera Covent Garden, Wolfram at the Lyric Opera of Chicago, Verdi’s Falstaff at the Canadian Opera (for which he won a DORA Award), as a “peerless” Iago in Otello with Sir Colin Davis and the LSO (LSO Live), Royal Opera in Japan, and Bavarian State Opera, and Canadian opera and in the title role in Rossini’s Guillaume Tell with Accademia di Santa Cecilia and Sir Antonio Pappano (EMI) and at the Royal Opera Covent Garden. His other important roles include Scarpia, Golaud, Eugene Onegin and Nick Shadow. In contemporary opera, Mr Finley has excelled in creating leading roles, most notably J. Robert Oppenheimer in John Adams’ Doctor Atomic (New York Met, ENO London, San Francisco, Chicago and Amsterdam), as Harry Heegan in Turnage’s The Silver Tassie at ENO, Howard K. Stern in Turnage’s Anna Nicole at Covent Garden and Jaufré Rudel in Kaija Saariaho’s L’amour de loin. He created the role of Mr Fox in Tobias Picker’s Fantastic Mr Fox at L.A. Opera. Concert appearances include the title role in Dallapiccola’s Il prigioniero (New York Phil with Alan Gilbert and the BRSO) and Chou en Lai in Adams’ Nixon in China with the BBC Symphony at the BBC Proms conducted by the composer. His Arias in English CD on the Chandos label received the Canadian Juno Award for Best Album in Vocal Performance. In 2012, the DVD release of Doctor Atomic in which Gerald Finley appeared as J. Robert Oppenheimer was awarded the Grammy for ‘Best Opera Recording’.

Mr Finley’s concert work is a vital part of his flourishing career with recent appearances with the London Symphony Orchestra, the Vienna Philharmonic the London Philharmonic, Royal Concertgebouw Orchestra Amsterdam, the Bavarian Radio Symphony Orchestra, the Mahler Chamber, the Los Angeles Philharmonic Orchestra. A rediscovered version of Shostakovich’s “English Poets” along with that composer’s orchestral cycle, Michelangelo Sonnets, was recorded by Mr Finley and the Helsinki Philharmonic on the Ondine label and received international critical acclaim. Modern day composers have written extensively for Mr. Finley and include Peter Lieberson (“Songs of Love and Sorrow” with the Boston Symphony and recorded by Ondine with the Helsinki Radio Orchestra), Mark Anthony Turnage (“When I woke” with the LPO and Vladimir Jurowski), Huw Watkins, Julian Philips, Kaija Saariaho (“True Fire” with the L.A. Philharmonic and Gustavo Dudamel), and Einojuhani Rautavaara (“Rubáiyát” with the Helsinki Philharmonic).

As a celebrated song recitalist, he works regularly with pianist Julius Drake. Their many appearances throughout the world include the Schubertiade, a residency at the Wigmore Hall, New York’s Carnegie-Zankel Hall and lauded appearances at the festivals of Salzburg, Edinburgh, and Tanglewood. He has also performed with Sir Antonio Pappano, Malcolm Martineau, Simon Lepper and Michael McMahon.

Mr Finley’s many solo recital CD releases have been devoted to complete songs of Barber, Britten, Duparc, Ives, Liszt, Ravel and Schumann’s song cycles “Dichterliebe” and “Liederkreis Op. 24 & 39”. With a continuing partnership with Julius Drake on the Hyperion label, all have been critically acclaimed, including an unprecedented three Gramophone Awards in the Solo Vocal category. Their release of Schubert’s Winterreise won a Canadian Juno Award in 2015. This season sees the completion of their Hyperion Schubert trilogy with the release of Die schöne Müllerin.

Highlights of recent appearances include the 2018 BBC Last Night of the Proms where he performed a range of songs including Stanford’s Songs of the Sea and ‘Soliloquy’ from Rodgers and Hammerstein’s Carousel,  Iago in a new production of Otello at the Bayerische Staatsoper and the Canadian Opera Company, the title role in Bluebeard’s Castle at the Metropolitan Opera, Beethoven’s 9th Symphony conducted by Bernard Haitink in Munich, and at the Salzburg Festival with Riccardo Muti. His recital work took him to the Wigmore Hall, Middle Temple Hall, and the NDR Elbphilharmonie in Hamburg.

His current season has him returning to the title role in Le nozze di Figaro at the Berlin State Opera with Daniel Barenboim, the opening gala concert at the Paris Opera with Gustavo Dudamel, Bluebeard with l’Orchestre de Paris and Esa-Pekka Salonen and also the Vienna Symphony with Marin Alsop, the title role in Falstaff at the Vienna State Opera, recitals in Vienna, Prague, London and Canada and the USA with a world premiere of a new work by Mark Anthony Turnage Without Ceremony.

As part of his dedication to preserving and enhancing the singing tradition, he gives masterclasses throughout the world most recently at the Juilliard School of Music, and continues to work with the Jette Parker Young Artists’ Program at the Royal Opera, Covent Garden, the National Opera Studio, and the Lindemann Program at the Met.

He was born in Montreal, began singing as a chorister in Ottawa, Canada, and completed his musical studies in the UK at the Royal College of Music, King’s College, Cambridge, and the National Opera Studio. He is a Fellow and Visiting Professor at the Royal College of Music. In 2014 he climbed Kilimanjaro for the charity Help Musicians UK. In 2017 he was appointed Commander of the Order of the British Empire and had previously been appointed an Officer of the Order of Canada. Mr Finley also features on a Canadian stamp celebrating Canadians in opera.