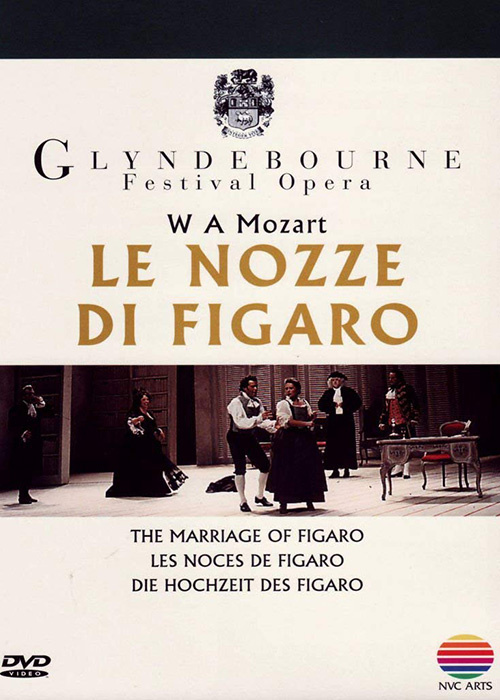 NVC ARTS returned to Glyndebourne in 1994 for the opening of the beautiful, new opera house and a recording of an opera closely associated with Glyndebourne; Mozart’s The Marriage of Figaro. Stephen Medcalf’s production is complemented by John Gunter’s sparsely furnished sets, offset by the rich greens, reds and blues in the scenery and costumes. A perfect Glyndebourne cast includes Gerald Finley and Alison Hagley who give touching performances of Figaro and Susanna. Andreas Schmidt is a strong and handsome Count Almaviva, Renée Fleming is a ravishing Countess and Marie-Ange Todorovitch is an irresistably love-sick Cherubino. Bernard Haitink draws polished playing from the London Philharmonic.