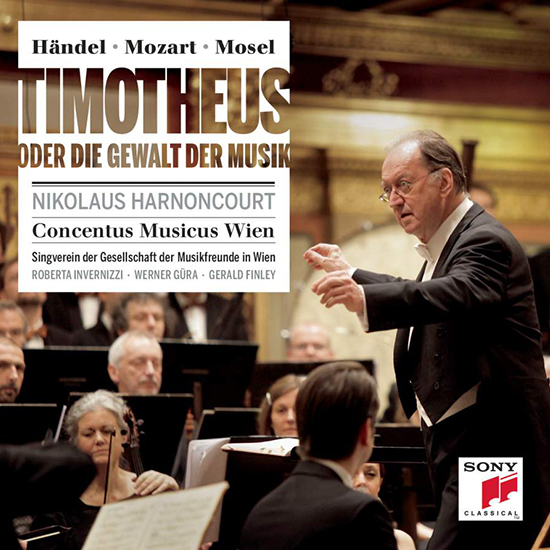 Timotheus, or The Power of Musick” is W. A. Mozart’s adaptation of G. F. Handel’s “Alexander’s Feast”, which is an ode with music set to a libretto by Newburgh Hamilton.

Hamilton adapted his libretto from John Dryden’s ode Alexander’s Feast, or the Power of Music (1697) which had been written to celebrate Saint Cecilia’s Day.

The work describes a banquet held by Alexander the Great and his mistress Thaïs in the captured Persian city of Persepolis, during which the musician Timotheus sings and plays his lyre, arousing various moods in Alexander until he is finally incited to burn the city down in revenge for his dead Greek soldiers.

The German version of Handel’s “Alexander’s Feast” was prepared by Mozart for Gottfried van Swieten in 1790.