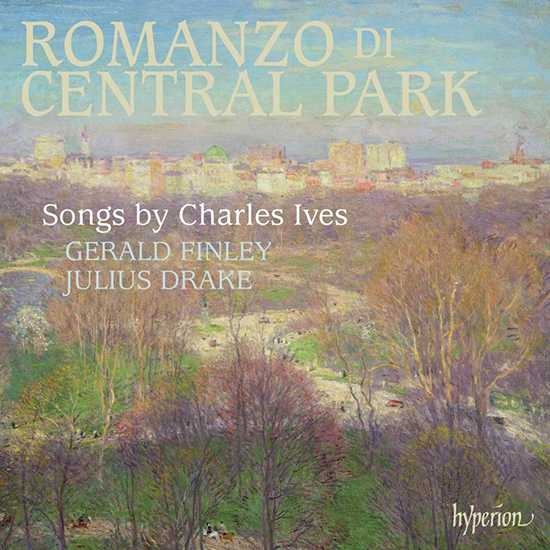 In a second disc of Ives’s songs, the unbeatable partnership of Finley and Drake again enthral their listeners and bring them to the emotional core of each work.

The range of style and approach in Ives’s text-setting is startling—from simple, sentimental ballads to complex and strenuous philosophical discourses, sometimes encompassing the most dissonant and virtuosic piano parts, sometimes with the accompaniment pared down to an almost minimalist phrase-repetition. Even those composed in a superficially conventional or ‘polite’ tonal idiom usually contain harmonic, rhythmic or accentual surprises somewhere.

A particular beauty is Mists, composed in 1910. The poem is by Ives’s wife Harmony—an elegy after her mother’s sudden death that year. The manuscript, written while on vacation at Elk Lake in the Adirondacks, is dated ‘last mist at Pell’s Sep 20 1910’. This exquisite and deeply felt setting, with its brume of Impressionistic harmonies in contrary motion, is among Ives’s most atmospheric songs.

Ives, C: On the Counter

Ives, C: In the Alley

Ives, C: They Are There!

Ives, C: At the river

Ives, C: The Light that is Felt