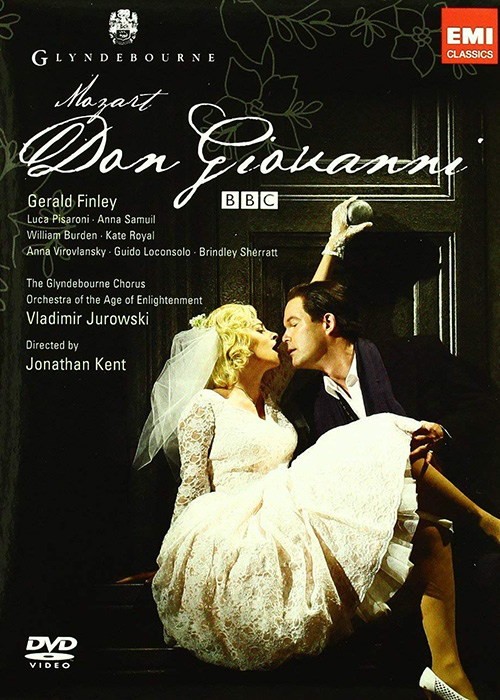 For this 2010 production, the first new staging of the opera in 10 years, Glyndebourne welcome back the winning team of director Jonathan Kent and designer Paul Brown with Festival Music Director, Vladimir Jurowski conducting the Orchestra of the Age of Enlightenment.

Set at a time of seismic social and cultural change – in a Fellini-esque vision of post-war life – Jonathan Kent’s urgently propulsive production offers a ‘white-knuckle rollercoaster ride’ through the events of the Don’s last day as they unfold in and around Paul Brown’s magical ‘box of tricks’ set.

In the title role we also welcome back the great bass-baritone Gerald Finley. He has sung Don Giovanni to worldwide acclaim in New York, London, Paris, Vienna, Rome, Budapest and Prague. Finley is joined by Luca Pisaroni (Guglielmo in the 2006 Festival’s Così fan tutte) as Leporello, Kate Royal (the Governess in Jonathan Kent’s 2006 staging of The Turn of the Screw) as Donna Elvira, and the young Russian soprano Anna Samuil making her UK opera debut as Donna Anna.

Bonus features include rehearsal and backstage footage, interviews with the production staff and cast as well as a glimpse into the costume, design and technical departments at Glyndebourne.

The DVD will feature English, French and German subtitles.

Performed with: The Orchestra of the Age of Enlightenment & Glyndebourne Chorus