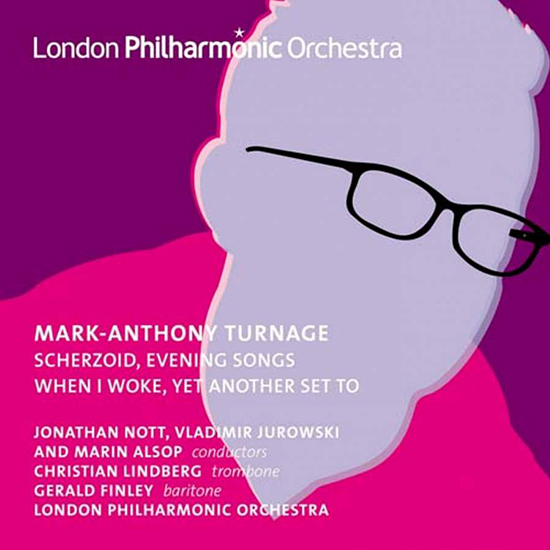 British composer Mark-Anthony Turnage, one of the most acclaimed and widely-performed composers of his generation, was Composer in Residence of the London Philharmonic Orchestra from 2005–10. His works skilfully blend classical and jazz idioms, modernism and tradition. These four performances were admired and enjoyed by critics, audiences and musicians and have an electrifying quality which is captured on these live recordings – not only premiere recordings, but in two cases live recordings of world premieres.

When I Woke commissioned as part of the 2001 Credit Suisse International Concert Series.
Yet Another Set To commissioned by Casa da Música, Porto 2001. The London Philharmonic Orchestra is very grateful to Casa da Música for granting permission to present the world première performance and recording.

Turnage: When I Woke

Turnage: Yet Another Set To